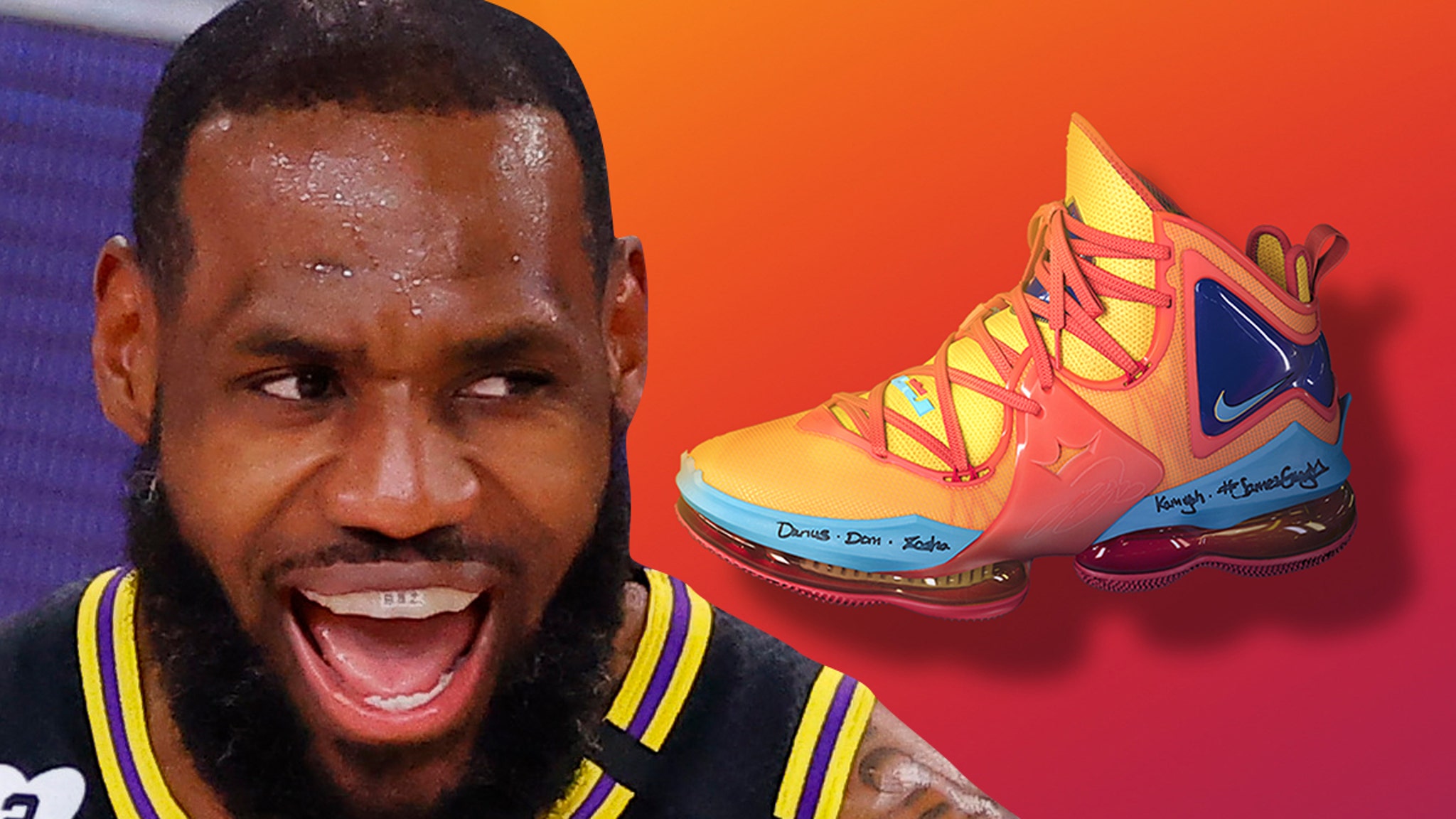 LeBron James will be rockin’ some brand new kicks when the Tune Squad and Goon Squad face off in “Space Jam: A New Legacy” … and he’s finally revealing the special sneaks to the public!

King James and Nike shared the first images of the “LeBron 19” sneaker on Tuesday … and the folks at the Swoosh say the design is inspired by the new flick starring the hooper and Bugs Bunny.

The shoes have an eye-popping colorway, which matches the orangish-yellow-blue scheme of the new Tune Squad jerseys … with an Air Max heel and Zoom Air forefoot.

Designer Jason Petrie spoke about the look … saying, “In designing the LeBron 19, we were definitely guided by what was happening in the film.”

“We wanted to give LeBron a brand-new feeling that was synonymous with an otherworldly, space-age kind of look.”

In addition to the sneaks, Nike is also releasing a bunch of merch, game jerseys and Looney Tune-inspired LeBron 18s … with color schemes inspired by the classic cartoon showdowns between Bugs and Marvin the Martian, Tweety Bird and Sylvester and Road Runner and Wile. E. Coyote.

The shoes and other SJ items are set to drop next month — right around the July 16 debut of the flick.

No word on how much the shoes will set you back — but no doubt these things will fly off the shelves and hit the re-sale market QUICK.