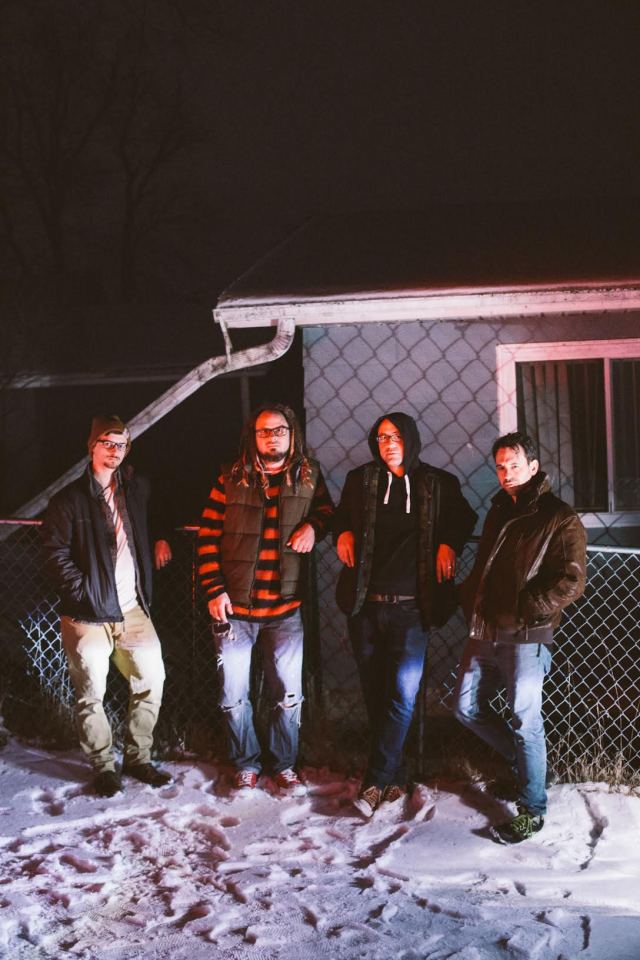 “Loser” is a song that’s is special to the band as it was their first favorite song when they first began to play together. All of the songs they play are based on truth. “We’re bringing back what we consider to be an unfinished genre that left the music scene for over two decades, “GRUNGE!” Ever since the death of Nirvana is lead man Kurt Cobain the style has been mostly obsolete. This is the reason we are bringing Granger back. It makes the listener come alive with its high intensity and loud obnoxious tones”….from the artist

I spoke with lead singer Dominick, regarding his music, his attitude, and his future endeavors….We examined darkness and brought to light….

I love your music…

Thank you…What’s interesting I’ve been in jam bands all my life. I just got sick of it, I felt like I was dead. So I changed to grunge which is pretty much my roots, that’s where I grew up at. We’ve got a lot more music coming, but we just figured we could push all of this first. We have like three albums worth so we are slowly putting stuff out. The whole thing about our music is that it’s real, we don’t write fiction.

What inspires you to write your music?

Just life experience. Darkness. Depression. People being overmedicated. Real life situations. The government, I mean the world is a pretty evil place, technology understanding your surroundings, however, you would say that. Usually, I have Carlos the bassist interpret what I’m trying to say. So it’s just understanding your surroundings and how evil the world is, what darkness can do to you if you don’t recognize it in your everyday life. It comes in a lot of different forms, the devil doesn’t come here with horns. It comes in a lot I’d different forms… usually, the devil will falsify light. But it’s a fake light. People get trapped. A lot of this music is just me finding my way through the darkness. We like to bring light into dark places. First, we didn’t understand where it started. It started with it’s ok to not be ok. There is a lot of darkness in the music, marital problems, and just finding your way through life. It’s more so about that the music. I just feel the music as a coping mechanism to help me figure things out, opposed to sound. So it’s more emotion than sound if that makes any sense to you.

If you can write what you feel, that’s the trick. If you can make people understand what you’re feeling without saying anything, just by listening to the music that’s pretty much the goal. I don’t mind being edgy and straightforward. We have attitudes and we’re not scared to talk.

Do you believe music can change the world and if so which one of your songs would you use to change it?

All of them. We don’t release anything that we don’t feel can relate to people going from a bad position to a good position. It’s always darkness to light and realizing things. The song “Pumpkin Seed ” doesn’t sound too light but that’s about raising your family wrong….”don’t follow your heart, it’s contaminated”. That’s a quote from that.”

You write the music, sing and play guitar? 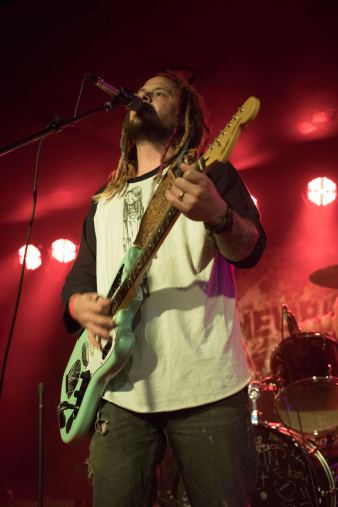 Most of them. I started as a bassist, that was my main thing but everybody was always scared to sing, so I just kind of did it because I didn’t have a choice. Nobody else would sing.

Where would you like to be with your music in five years?

Just playing shows, playing venues and just getting music out there. I’m not opposed to touring.

How did you come up with the band’s name?

We wanted to come up with the word that describes us all, and we are all neurotic… a lot of the World is neurotic too….it’s just recognizing that in its own way there is no perfect person. No matter who you are you’ve got flaws. You’ve got pain. Nobody goes through the world without it and we’re surrounded by evil. That doesn’t sound too happy but that’s reality. We’re only human and we only use part of my brain. I’m actually doing a song that’s a 1700’s hymn. Nobody has really done hymns before. Especially a grunge band. But it doesn’t sound like a hymn. It sounds like a grunge song.

That is so cool.

The words are really good. It’s about a guy that was caught in a storm and thought he was going to die. So he started to pray to God. It will be some of the new were material that we are working on. I was really happy with it we’re getting ready to do it soon. We have tons of music to put out yet.

If you could tell your fans anything, what would it be?

It’s ok to not be ok. What would you classify our music as?

It’s something…. The guy that that recorded it said the sound is grunge with 70s punk. Our attitude is grunge.

Anything you want to leave us with?

Darkness will always be conquered by light.

Wednesday on the The Jimmy Star Show with Ron Russ

What an amazing night at the Girls Gone Wild Book

Had a blast at the Girls Gone Wild book signing ev

Super rock star @tonymoore will be a guest on the

This is so important…..